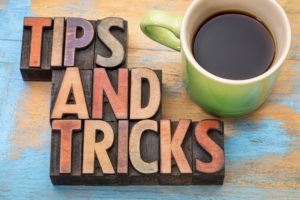 The good news about timing a Subchapter S election? You’ve got lots of flexibility. The bad news? That flexibility creates complexity.

Fortunately, a handful of tips and tricks can make things easier…

A first thing to know: You can’t make an S election unless you have an eligible entity—like a corporation or limited liability company—to make the election for.

This seems like an obvious point, but we do see people make Subchapter S elections for entities that don’t exist.

Even more commonly, we see people make a Subchapter S election with an effective date before the eligible entity exists. For example, someone sets up a limited liability company in April of some year, but the 2553 election form (which is how you elect Subchapter S status) sets the effective date as January 1st of that same year.

Note: Our Preparing Form 2553 blog post explains how you make an S election for a Washington State entity, but you can use the same instructions for other states’ entities, too.

This premature election shouldn’t work, although the IRS seems not to catch this error. But you don’t want to do this. Electing Subchapter S status before your eligible entity even exists only works if the error isn’t caught.

Electing early sometimes make sense when you know you want to operate as an S corporation… just not before next year.

You can go backwards with your Subchapter S election, too.

The law, in fact, says you can elect Subchapter S status as late as the 15th day of the third month.

This means that if the tax year starts on January 1st, you can elect S status as late as March 15th.

March 15th, for a corporation or LLC whose tax year starts on January 1st, is the 15th day of the third month.

A quick note: If you start the year at some point other than on January 1st, you essentially add 75 days to that start date in order to calculate the statute’s required S election deadline. (Again, though, the actual statute requires the election by the 15th day of the third month.)

An exception to the statute’s rule… While the actual law says you’re supposed to make your election no later than the 15th day of the third month, you can often make the election much later than this deadline.

Currently—and this has been the case for several years now—you can make very, very late elections.

In order to make a late election, you want to locate the most recent Revenue Procedure from the Internal Revenue Service that outlines the rules for late election relief. And then follow its instructions. (Right now, as I write this blog post, that Rev. Proc. is available here: Rev. Proc 2013-30.)

Tip: If you’re thinking about making an S election for a business, you might also be interested in getting some expert help with setting your S corporation shareholder salaries.

Set the salaries smartly, for example, and you should be able to save thousands per year per shareholder…

If this is an area where you want help, take a look at our downloadable ebook, “Setting Low Salaries for S Corporations“.

You can use either a corporation or an LLC as the platform for a Subchapter S corporation. (I know, that seems weird… but you can.)

But the deadlines and timing of the S election effective date work differently with LLCs.

With a corporation, the Subchapter S election effective date is going to be either January 1st or the incorporation date—whichever is later.

If the corporation exists on January 1st, for example, that’s the date that you would make the S election effective. And if the corporation is formed after the year starts on April 8th, that April 8th date is going to be the effective date.

If you use an LLC as the platform for an S corporation, however, you can start the Subchapter S corporation’s first year whenever you want. For example, though the LLC may exist on January 1st, you could choose to make the effective date any day of the year. Like April 8th. Or May 23rd. Or any other date.

The reason for this flexibility is a little convoluted, but the basic reason is your LLC will, for the period of time prior to the S election effective date, be treated as either a disregarded entity (probably a sole proprietorship) or a partnership. And that sole proprietorship or partnership status works just fine from the IRS’s point of view (and from your point of view).

You can rescind, or undo, a Subchapter S election as long as you rescind by the 15th day of the third month.

An important point: if you rescind the Subchapter S election, the S election never occurred. This “it never happened” treatment differs from a revocation, which I talk about next.

Note: If you revoke a Subchapter S election, your S corporation typically converts to a C corporation. You need to be careful about revocation, therefore, and make sure you understand going from S corporation to C corporation status. Please, please consult your tax advisor before doing this.

Subchapter S corporations, for example, are limited in the number of shareholders they can have.

Subchapter S corporations are restricted to having only, essentially, US individuals as shareholders.

Subchapter S corporations can also have only a single class of stock.

If you break any of these rules, you actually terminate the entity’s eligibility to operate as an S corporation—and you thereby end the Subchapter S status.

Intentional terminations due to losing your eligibility is an in-eloquent way to terminate your Subchapter S status. But sometimes a business owner may want to discuss this option with his or her tax adviser.

Note: If you do revoke, you should know that you can’t re-elect Subchapter S status for 60 months.

A quick timing tip: If you dissolve the corporation or LLC, that dissolution effectively terminates not just the corporation’s or LLC’s life, but also the Subchapter S status.

If you use a limited liability company as the platform for your S corporation, and if the LLC has operated as a Subchapter S corporation for at least 60 months, you can also use the 8832 entity classification form to “liquidate” for tax purposes the corporation.

This entity classification change causes your LLC to be taxed as a disregarded entity—so probably either a sole proprietorship or partnership.

Operating as an LLC formerly treated as a Subchapter S corporation is often a reasonable way to run a business the last year or two you operate. You get limited liability protection, but without the tax accounting complexity and cost of the corporation. 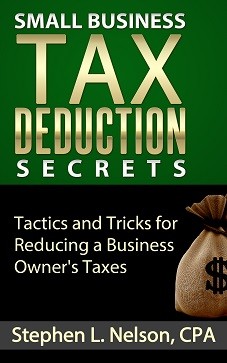 But you should know that federal and state tax laws provide small businesses with dozens of other powerful loopholes for cutting taxes too.

The timing of your Subchapter S election matters. Both the benefits and the costs of your election start when you elect and end when you revoke your election.

But if you understand the rules, you’ll probably avoid the common mistakes and maximize your savings!

How Much Tax Can an S Corporation Save Shareholders (an article at our S corporations explained website.)