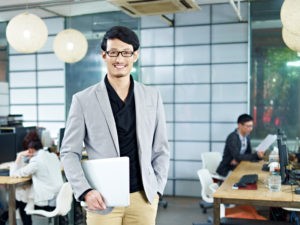 In recent blog posts, I’ve pointed out some flaws I see in the Mr. Money Mustache and Bogleheads philosophies for preparing for retirement.

Accordingly, this post talks about a third approach people can use to become financially independent and retire: small business entrepreneurship.

Before I get into the meat of my argument though, I want to talk a bit about both the Mr. Money Mustache and also about the Bogleheads philosophies.

You don’t want to consider some other, more esoteric approach to financial independence and retirement without first appreciating what these other approaches offer.

Mr Money Mustache in a Nutshell

The Mr. Money mustache philosophy, just to summarize, employs frugality to achieve a high savings rate. If you couple that high savings rate with smart, common-sense investing, you create a clear pathway to financial independence and retirement. You may even be able to retire early.

The Mr. Money Mustache plan is good. Sure, as I’ve suggested elsewhere (see here) I see some risks in running the plan. But I agree the plan works. And I will note that some smart, thoughtful people either partially or totally disagree with me about the flaws.

Bogleheads Investment Philosophy in a Nutshell

If you or I invest the Bogleheads way with discipline, we get a clear path to financial independence by normal retirement age.

Again, the Bogleheads’ way absolutely makes sense. If you can run the plan, you get someplace good “financially” by the time you’re retirement age.

I also feel like I should point that while the Bogleheads philosophy came into existence after I’d run my own retirement plan, what I did to prepare for retirement was basically what the Bogleheads now promote.

Some folks, however, may have a third route to financial independence: small business entrepreneurship.

In other words, for some people, small business ownership works as an alternative to the Mr. Money Mustache or the Bogleheads formula.

Rather than focus on frugality as a way to fuel savings (a la Mr Money Mustache) or rather than use low-cost do-it-yourself passive investing (a la Bogleheads) as a way to save costs and jack returns, you can use small business entrepreneurship.

But you know what? Small business ownership may be an option you want to consider if the Mr. Money Mustache or Bogleheads approaches don’t really work for you or your family.

More specifically, I think you can count at least five really compelling reasons to consider small business entrepreneurship as a path to financial independence.

The Mr. Money Mustache approach requires you to work a decade, or possibly two, save a high percentage of your income over those years, invest that money in a common sense manner, and then after your work years live off the investment income.

Again, that approach works if you show discipline in your financial management. No question. Happy to stipulate that.

The small business entrepreneurship timeline looks and works different. You can probably, with a bit of luck and above average discipline, create a viable profitable small business in 3 to 5 years.

Yes, I admit it. Those first three or four or five years may require frugality and discipline and all the other virtuous behaviors and habits required in a Mr. Money Mustache or Bogleheads strategy.

But at the point where you have a successful small business up and running, you probably have financial independence.

Small business entrepreneurship, then, doesn’t amount to a “get rich quick” scheme. It amounts to a “live rich quick.” Or maybe more accurately a “live pretty rich pretty quick” scheme.

Small business entrepreneurship doesn’t mean you retire at some point in the future and then quit some crummy job. It means you create a job or role you enjoy. In a company you own and control. Working with people you really like. Focusing on stuff you find fascinating or fun or important.

If ending up in that role “works” for you, then small business entrepreneurship creates a fast track to financial independence.

Note: Someone who owns their own business probably still needs to someday retire, obviously. And along the way, this person will want to participate in whatever pension plan their small business provides employees. But a large share of the small business entrepreneur’s financial independence may come from owning their own business, enjoying a higher than anticipated income for as long as they want, and  then someday selling the business.

Can I next point out something else that many people don’t know about small businesses? Small business investment returns can be astronomical.

Like maybe 10% to 20% better, annually, than the returns that big company stocks offer. So annual real returns of maybe 15% or 25% instead of 5%, for example.

No, no, I get it. Small business investment often forces you to bear far more financial risk. That explains much of the reason your returns are astronomical.

Tip: To verify the truthfulness of this “astronomical returns” statement, check out the businesses for sale on a broker database like www.bizbuysell.com. Some of the businesses offered you probably would not want to touch with a ten-foot pole. But others clearly generate high profits. Note that the typical small business sells for a multiple of two-and-a-half-times earnings. That’s like a PE ratio of 2.5. Or an income capitalization rate of 40%. (You would need to take your owner’s salary out of these profits.)

Small businesses offer you unparalleled opportunities to shelter your income from taxes. Legally.

Just to make sure you understand this, traditional retirement savings vehicles limit the deduction you can put on a tax return for money you contribute to an IRA, 401(k) or similar account. Typically, you’re talking a few thousand dollars a year.

Further, as a general statement, tax law both obstructs your ability to later withdraw the money and taxes you on the money at ordinary income tax rates.

In comparison, you have essentially no practical limit on what you can invest and deduct in a small business. Further, you can liquidate your investment whenever you want. And finally, you can probably avoid taxes or pay a low capital gains tax rate on the withdrawals.

Some of this disqualification makes sense. Some of it surely is nonsense. Hopefully not much of it is illegal discrimination… but sadly some of it is.

But most of this shouldn’t matter so much with your own small business.

Many great small business opportunities are available regardless of the formal education you have. Or where or how you learned what you know.

Further, small business ownership should mean you’re not limited by traditional (and often illegal) disqualifiers like your ethnicity, faith tradition, age, gender, and so on.

One final quick point. Yes, the digital global economy has often beat up small businesses and workers pretty good over the last couple of decades.

But you know what? The digital global economy is also creating millions of new attractive opportunities for small business people willing to innovate and think outside the box.

You have some gigantic opportunities. You really do.

However small business entrepreneurship will work really well for some people.

Your Real Odds of Succeeding in a Small Business

Seven Reasons for Starting Your Own Small Business