[Dumb] Passive Income Update for May 2016 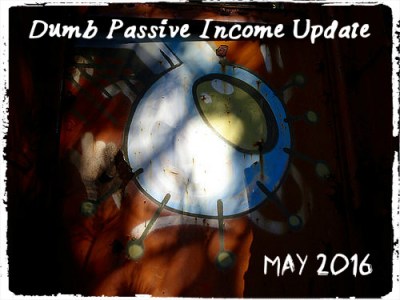 Since I stopped publishing regular monthly income reports at the end of last year, I’ve gotten lots of emails and comments from people wondering what the heck has been going on with me. How is my passive income journey going? What’s happening with my niche websites? Am I making any money with Amazon FBA? What’s working for me and what isn’t? What about my ONE Thing FOCUS strategy that I talked about last fall?

I admit – I’ve kind of neglected this blog and it’s audience for a couple of months while I concentrated on other things. So it’s definitely time for me to write and publish a decent update. I’m going to try to keep it quick and short. I’m typically terrible at that and tend to ramble on for several thousand words. Below, you’ll find the things that I’ve been working on, broken up into different sub-sections. A LOT has been going on with me. And NO – I still have not hit the internet jackpot. But income is on the rise and things are headed in the right direction. Let’s do this!

My ONE Thing Niche/Authority Site

Ongoing efforts have continued with this site ever since late last summer. I am constantly tweaking and improving things on the site and my small team (including my regular writer and VA) continues to write and publish 3 articles per week on the site. Currently, we have 127 pieces of published content on the site with plans to continue this publishing schedule for several months until we are well over 200 articles.

I have done absolutely ZERO gray or black hat link building. I only use a ‘Lazy Link Builder’ method of outreach to try to get links and it’s working somewhat well. Traffic numbers have been steadily averaging around 250 to 300 daily visitors.

My Google rankings for several high volume keywords are on the rise and I believe that it is just a matter of time before traffic starts to increase to well over 1,000 daily visitors.

I’m also growing an email list for this site. I had my writer create a 16,000+ word eBook as a giveaway. I currently have almost 700 subscribers and growing every day. I have over 20 emails in the autoresponder series and I continue to add to that series. I use the email list to drive traffic back to some of my most informative and useful posts – and also to some of my best pages that will create affiliate income for me.

My Amazon affiliate income from this ONE Thing site has been disappointing, so far – less than $100 per month each month. But that will change, as a few of those high volume keywords I mentioned are buyer keywords for one of several products in the niche. I also added Adsense to the site recently, and that is on track to earn around $100/month with current traffic numbers. And lastly, I’ve found a few relevant Clickbank information (digital) products that I am starting to promote via the email list.

I mentioned above that I am using a ‘Lazy Link Builder’ method of outreach to try to get links. By “lazy,” I mean that I simply ask for a link and don’t offer anything in return. I don’t ask for guest posts. I don’t offer to link to them first. I simply email site owners that have relevant pieces of content and ask them to add a link to my post from within theirs. Not the best method – I know. But it works sometimes! And the best part? I’ve been able to outsource the entire process! I use Ninja Outreach software (Love it!!)  for all of my outreach efforts and I’ve given my VA access and trained him how to do the entire outreach process for me.

After purposely ignoring all of the private label FBA hype for well over a year, I finally got sucked in last December and decided to give it a try. I picked a lower-priced product in the same niche as my ONE Thing website. I followed the process and learned a LOT along the way. My listing is currently live on Amazon and selling only moderately well. Not great though.

With all the giveaways and discounts I’ve had to do just to get reviews on my product – in addition to the PPC advertising I’ve been paying for – I’ve just about broken even so far each month. In other words, the amount of money that I’ve been bringing in has been just about equal to how much I pay out. A little bit discouraging, to say the least. So when you see people post screenshots like the one I’m posting below – it doesn’t tell even half of the story.

Yes, I’ve had almost $2k in sales this year so far. But hardly any of that is profit. After factoring in the original cost to purchase the goods, the various software programs I’ve purchased, the giveaways and the advertising – the profit has almost all been dwindled away. To be fair – most of those costs are startup costs and future sales will be much more profitable. But it’s really tough and disheartening when first starting out in this business.

Learning and implementing the whole FBA part of my business has been my biggest time-suck over the last several months. As of today, I am somewhat regretful that I took the plunge and jumped in. But at the same time, I’m glad I did because I learned so much. But knowing what I know now – I, personally, would not try the FBA thing again. It is (or can be) a great way to earn money with a lot of potential – but you have to spend a LOT of money in order to make a decent amount of money in return.

I still struggle to determine whether I consider Amazon FBA income as ‘passive income’ or not. It’s somewhat passive, because once your listing is live and Amazon warehouses are stocked with your product – income can be generated at any time without involvement from you. But, there are a lot of moving parts and things that you have to monitor with this type of business. That part alone makes it not so passive.

I’m not giving up with my FBA journey. I still have several hundred units left to sell. But I’ve also gotten discouraged with the whole thing and I’ve decided to just let it go and see how it does on its own for awhile. I turned off PPC advertising and I’m not doing any more giveaways in the near future and I’ll just see how it goes.

Despite the fact that I haven’t spent much time doing anything with this blog lately – it still continues to bring in a decent chunk of affiliate income month after month. I attribute this mainly to the fact that many of my older posts are targeting (and ranking for) good keywords. That’s right! In case you never noticed – I use Long Tail Pro to find low competition keywords – and I target those for many of the posts that are published on this blog! Keyword research for blogging is awesome!! Here is my best post about Long Tail Pro if you haven’t seen it yet…

Although I don’t publish regular detailed monthly income reports like I did previously – I do still keep track of my numbers and I do have my total income numbers posted on the chart on my Monthly Income Reports page. If you take a look – you’ll see that my affiliate income is steadily increasing. Pretty cool – considering I haven’t really posted anything new for quite awhile.

What About My Older Niche Sites?

Not all of my older niche sites have lived on – but a few of them survived and continue to bring in traffic and income. One, in particular, is seasonal in nature and is just starting to head into its peak traffic months. This one particular site gets 50k+ monthly visitors during its peak and makes around $300/month with Adsense plus some additional Amazon Affiliate sales.

And what do I love most about that site? It’s a 100% passive income earner! It has only 12 pieces of published content. Most of the content is purely informational and most of the earnings for the site are generated from simple Adsense placements.

As far as the rest of my older sites – I really haven’t paid much attention to most of the rest of them. I lost a couple of them when Google hit me with a penalty last fall and I’ve let a few others expire. I kept only a few that are still earning and continue to focus most of my efforts on my ONE Thing site.

Looking Ahead – What Are My Plans Going Forward?

I plan to mostly ignore my private label FBA product for at least a couple of months and see how that goes.

My regular writer and my VA have a handle on adding content to my ONE Thing site each week with almost no involvement from me. And my VA does all of the outreach. But part of my plan going forward is to tweak those outreach efforts and maybe start seeking guest posting opportunities. I know it can easily be done and I really need to secure some good links in order to get some of those ‘money’ keywords ranking on page 1 in Google.

I’ve been experimenting with updating and consolidating older content and I’m seeing good results with that. So, I plan to do exactly that with some of the older posts on this blog. Some of the stuff I wrote years ago is really outdated – but continues to get decent traffic because of the keywords it is ranking for. I need to get some updated information in there and also improve the monetization and conversion rates for some of that old content.

I’ve been looking into doing the exact same thing with some of the content on my niche sites. I take a look at analytics to see which posts are getting the most visitors and then I look for ways to improve those posts, add monetization and improve conversion rates. Also, for sites that I am building an email list, I find a way to add a content upgrade to posts that are getting lots of traffic. Content upgrades are far and away the best way to build your email list! 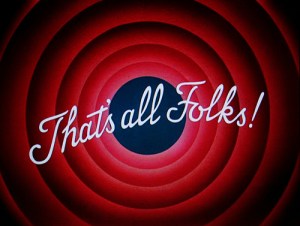 And that’s about it. That’s what has been going on with me. What I’ve been up to and what I plan to do going forward.

Is there anything you read in this post that you would like me to expand on? I know there are 3 or 4 different topics in there that I could easily create an entire blog post about. Let me know in the comments below what you think and if there is one certain thing that you’d like to learn more about.